To help my readers plan their weekends in advance I decided to add quarterly editions of my “things to do in Bordeaux” lists, so here comes the winter edition!. The list includes the biggest events taking place in and around Bordeaux in January, February and the first half of March. I’ll continue releasing my weekend posts which will include both big and smaller events that I think you would love. In this article, however, I want to single out the big festivals, concerts, exhibitions, fairs and more. So let’s start with the winter edition of 2019.

Trente Trente is an annual festival, created to promote emerging artists in Bordeaux and Nouvelle Aquitaine in general. The festival includes more than twenty performances by artists from all genres, with some experimenting with interdisciplinary arts. Check out the full program that includes dance, music, theater, circus and more. The festival takes place on January 18-31 in different theaters and cultural spaces across the metropole (see the full list here).

When: January 18 -31
Where: Diffent venues in the Bordeaux area (check out the full program)

When: January 23-27
Where:  Different venues in the Bordeaux area (check out the full program)

Winter Sales have finally started a few days ago with great discounts on everything from clothes to shoes and electric supplies, so this is the time to hit the stores. Les will take place during six weeks between January 9 and February 19.

Every winter the main streets of Bordeaux are getting filled with stands of clothes, shoes, toys, house supplies and more – this is the Bordeaux winter Braderie. If you’re in town for winter sales take the opportunity to check out the stands of more than 250 merchants on rue Porte Dijeaux, rue Sainte Catherine and rue des Trois . The Braderie will take place on February 6-8.

The international magic festival will take place in Théâtre Fémina on January 25-27. This year seven world-class artists (magicians and illusionists) will offer you breathtaking spectacles that you wouldn’t want to miss. For more info and tickets click here.

Arlette Gruss is a traditional French circus, founded in 1985. The circus has performed in Bordeaux several times in the last two decades and this time it’s coming back with a new show. This year they offer a free guided visit to the circus village to those who bought a ticket to the show. The circus tent will occupy the place de Quinconces from January 10 to February 6. For more details and tickets click here.

The Salon of Antiques and contemporary arts is one of the biggest events in Bordeaux for Antique hunters. Around one hundred exhibitors,
rigorously selected from different areas of France and other countries in Europe, will present their collections and knowledge in history and art. Le Salon des et des art will take place at the Parc des Expositions from January 26 to February 3. Entry is 10 euros and for kids under 15 years old. For more details click here.

Bazas in the Southern part of Gironde is a beautiful town that attracts many people with its weekly market. But what Bazas is mostly known for is its Beef. Since 1283, on the Thursday before Mardi Gras, the city of Bazas hosts the famous “Fête des Bœufs Gras” that celebrates the Bazas Beef. An Oxen parade takes place on the central streets of the town with the Oxen judged by a jury of experts. The day ends with a banquet where you can taste the famous meet. The event will take place on February 28.

When: February 28
Where:  Bazas, Gironde

Steven Wilson is the lead singer of the British band Porcupine Tree, which also had an amazing solo career during the last 15 years. On January 22, he will perform his best songs at Théâtre Fémina. For more details and tickets click here.

The famous British band Massive Attack will take the stage of the Arkea Arena on February 14, a great date for Valentine’s day 🙂 For more details and tickets click here.

Le Carnaval des 2 rives  (March 3)  takes place on both sides of the Garonne river. This is a modern festival (created in 1996) that has all the best features of a traditional carnival such as costumes, shows, a big parade. The parade will start at 14:00 at the Allée Serr, on the right side of the river and will pass to the other side through Pont de Pierre ending at the Village Carnival at Place Pey-Berland at 15:30. The Village Carnaval will be open until 18:00 with a big scene including dancers and demonstrations of augmented reality. For more details click here.

When: March 3
Where:  Starts at Allée Serr, Bastide, Bordeaux

Every March, for more than a decade now, Bordeaux has been hosting the Swing Art Festival (March 15-17) where swing dancers come from all around the globe to teach the dancers of Bordeaux their art of Swinging. This festival is much more than just swing dancing, it’s three days of live music, art, vintage markets, workshops, a get together of many people from all around the world to celebrate this sweeping dance. It will take place in and around Halle des Chartrons and it’s Free! For more details click here.

Jumping International de Bordeaux is a big riding equestrian event that includes competitions, spectacles and a fun fair. The event will take place February 7 -10 in Parc des Expositions de Bordeaux. More than 250 exhibitors will present their horses at the event which will include activities such  Jumping world cup, amateurs competition, Equine Health Forum, a show of Iberian horses and more. For more details click here.

This is the last chance to see the beautiful street art exhibition in Institut Bernard Magrez. The Kaléidoscope exhibition is all about feminine art, hosting nine female street artists to present their works in a genre that is usually considered more masculine. The exhibition will be presented until February 17. For more info click here and here

Les Fous Rires de Bordeaux (16-23 March) is a very unique humor festival hosting more than 80 artists and different activities taking place all over the city. The festival is an opportunity to experience humor in different forms, such as on stage, in pictures and even through cooking!!

There are two parts to the festival:
Festival IN, with well-known artists on stage.
Festival OUF– that proposes free activities during the whole week of the festival such as workshops, happenings, entertaining children in hospitals and more.

When: March 16-23
Where:  Different locations in Bordeaux

That’s it for the winter edition of “the best things to do in Bordeaux”! If you’d like to see other things getting into my lists, just comment below and I’ll be happy to hear any suggestion. If you just like it the way it is, share it on facebook 🙂 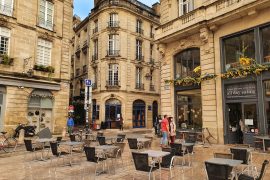 What to do in Bordeaux in February 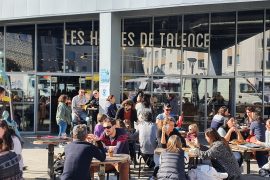 What to do in Winter in Bordeaux 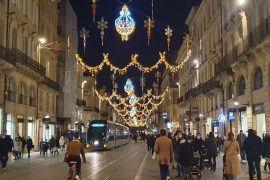 Things to do in Bordeaux in December