UPDATE: If you want to know what’s happening in Bordeaux in April 2019 – click here.

Don’t let the rain get you down, spring is almost here and the Bordeaux area will soon start flourishing with interesting things to do.  Now all we need is the sun to come out so we can get our spring party started. Meanwhile, take a look at all the great events Bordeaux has to offer this month.

This is my list of things to do in April 2018 in Bordeaux and the surroundings. I didn’t want this list to be too long so I focused on the big events, however I do plan to publish updates so stay tuned.

The first weekend of April is the long weekend of Easter in France and the area of Bordeaux offers a great deal of activities to entertain you and your kids. Egg hunting, visits in beautiful chateaux and chocolate workshops are only some of the activities you could do this weekend. To discover all Pâques events in and around Bordeaux read my article about “What to do in Bordeaux  in Easter 2018“.

Are you looking to buy or sell a bicycle, the big spring bicycle sale is just around the corner. Bordeaux bicycle stock exchange will take place  April 1 at Quai Louis XVIII. Those who wish to sell their bike can do it between 9:30 and 11am and the buyers will be able to start buying after 10am.
For more details. 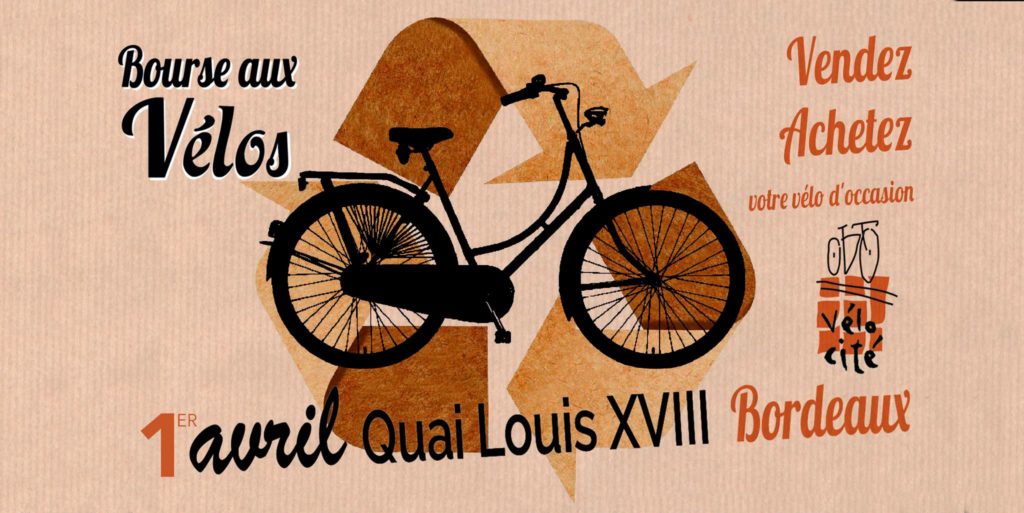 Esclave du livre  is a literature association whose goal is to promote reading and to support the creation of new literature. April 6-8 they will hold a literature festival that will bring together authors and illustrators for debates, public readings, performances and uncovering of pieces that haven’t been published yet.

The international tattoo convention of Bordeaux will take place on the weekend of April 14-15 in Hangar 14, which is located at Quai des Chartrons.  The program includes: tattoo contest, expositions, live concerts and different activities such as jungling and brakedancing.

The big brocante of Bordeaux is hosted twice a year at place des Quinconces with 200 antique dealers, horticulturists, restaurants and craftsmen. This spring is the 100th edition of the brocante and it will take place from April 20 to May 8.

When: April 20 – May 8
Where: Place des Quinconces

Digital Abysses at Base Sous-Marine

If you still didn’t have a chance to visit the incredible Base sous- Marine, it’s time to do it. The first exhibition, Digital Abysses, ( 9 March to 20 May 2018 ) is by the digital artist Miguel Chevalier, which explores nature through underwater plants and wildlife. The characteristics of this unique place with the combination of fixed works and interactive digital installations makes it a special experience.

The Luminopolis  exposition of Cap Sciences has been running from June 2017 and if you haven’t had the chance to go there yet, it’s time to do it now before the museum gets crowded with a lot of tourists. Luminopolis is a light exposition that have been structured as an Escape game where you need to answer questions about light in order to get out.
The expositions runs from June 2017 to September 2017 ,the ticket price is 8 euros and the minimum age is 6.

The famous British 90s start, Lisa Stansfield will perform at Theatre Femina on April 28 at 20:00.

Virginia Rodrigues, the Brazilian singer with the amazing voice will give one concert at Le Rocher de Palmer in Cenon in April 6.

The american rock band, Imagine Dragons, will stop by the Bordeaux Métropole Arena  on April 4 as part of their world tour.

For more info and  tickets.

To celebrate the beginning of the spring the Maison du Tourisme et du Vin de Pauillac will hold an open doors weekend where you’ll be able to visit all chateaux of the Medoc region and do a lot of wine tasting. The event will take place April 7-8.

For details about all the participating chateaux.

When: April 7-8
Where:  different locations (see the site)

An open door weekend will take place on April 29 to May 1 at Saint Emilion where 84 chateaux will hold open door events and will propose different activities to the visitors. Some châteaux (such as Château Fleur Cardinale) will start the open door weekend April 28.

On the event website you can see the participating châteaux , the activities and the wine tasting proposed for that weekend – see more info.

If you’re craving for some activity with other English speakers, like going to Utopia cinema or just having a coffee together , check out the monthly planning of the ICB (International Club of Bordeaux)- see agenda.

Do you have any interesting events you know about? Please share with us in the comments below. 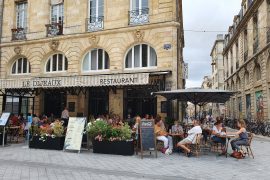 Things to do in Bordeaux in September 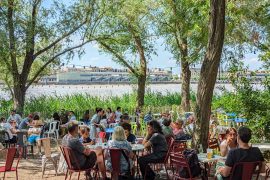 What to do in Bordeaux in August 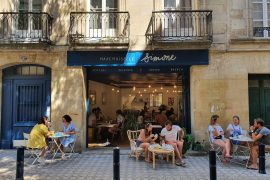