There are a few big events and festivals this weekend, among them the open doors weekend in Médoc, the wine festival in Blaye and the vide greniers of Bordeaux which will take place  all around the city. This is also a great weekend for art, there’s an exciting street art exposition, a planetarium and a lot of photography.

There’s definitely a lot to wait for so without further ado, these are the things to do in Bordeaux in the weekend of April 6-8:

To celebrate the beginning of the spring the Maison du Tourisme et du Vin de Pauillac will hold an open doors weekend where you’ll be able to visit all chateaux of the Medoc region and do a lot of wine tasting. The events will take place April 7-8.

To learn about all the events and the chateaux that will participate in the open doors weekend read my post Portes ouvertes in the chateaux of Médoc.

One of my favorite things to do in France is to wander around vide greniers, discover what French people hold in their homes and buy a lot of stuff I don’t really need at ridiculously low prices. This weekend is a heaven for vide grenier fans. On April 8, more than 20 vide-greniers will take place all over the city. The vide grenier on Barrière Judaïque will take place April 7-8.

The 28th edition of the “travelling photographers routes” festival is taking place April 1-29. During this month, 17 photography expositions will be presented in the main cultural institutions of the city such as the Rocher de Palmer in Cenon, the Bibliothèque Grand Parc, Espace Saint-Rémi and others.

This weekend you will have the opportunity to hear the stories behind the pictures. On April 6-7 all of the institutions will hold meetings with the participating photographers that will take you through their journey.

Get the full list of all artists and more info about the event here.

The CAPC (museum of contemporary art of Bordeaux) presents the works of  the French-American cinematographer Babette Mangolte as part of its program dedicated to film and video on April 4-8. The program will include the screenings of the  Roof Piece (1973/2017) and Roof Piece on the High Line (2012), about the American dancer Trisha Brown. The films will be accompanied by an exhibition that will include her first films. For more info.

Hotel de ville de Bordeaux is currently presenting a photography exhibition of French artists originating from other countries around the globe, or as the name of the expo suggests from 4 corners of the world. For more details. 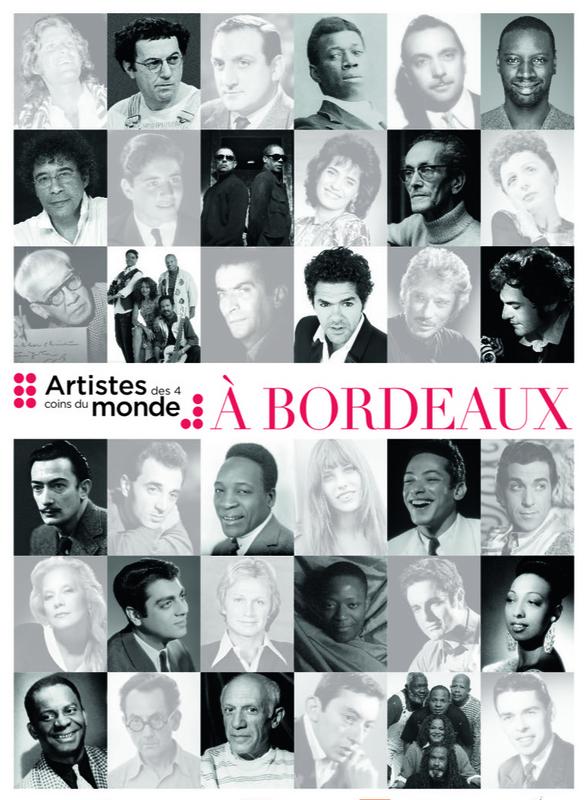 Festival Musical Écran ( April 1-8) is a very unique film festival all dedicated to documentaries about music. This year the program of the festival includes 20 films from four different countries.  While the festival already started last weekend there are still plenty of interesting films in the program for the upcoming weekend. The screenings of all the remaining films will be in Cinéma Utopia.

The Blaye Spring Wine Festival, will take place on April 7-8 at the Blaye Citadel. The annual wine festival brings together more than 80 winemakers with the goal to promote the diversity in the wine world. The program includes discovery workshops (introduction to tasting, mixing workshops and food and wine pairing), guided visits of the citadel, by train or horse and more. Childcare will be made available free of charge in order to allow also parents to enjoy this event.

For the full program and tickets.

Esclave du livre  is a literature association whose goal is to promote reading and to support the creation of new literature. On April 6-8 they will hold a literature festival that will bring together authors and illustrators for debates, public readings, performances and uncovering of pieces that haven’t been published yet.

Virginia Rodrigues, the Brazilian singer with the amazing voice will give one concert at Le Rocher de Palmer in Cenon on April 6.

Two Ice Hockey matches will be held on April 7-8 at the patinoire de mériadeck.

The schedule of the event is the following:

The Ludofestival in Canéjan is a game festival, which will take place April 2-12 and will have an art theme. During the festival families can participate in various competitions, try different games, meet their creators and more. For more info and the schedule about the 12 days festival see here.

For the next two weeks (April 7-22) Cap Sciences invites your kids to discover and learn about the biggest mysteries of the universe. The planetarium will make simulations of the sky in real time and will reproduce it with more the 3000 stars, planets and galaxies. The visit to the planetarium is limited to kids older than 8. For ages 3 to 5, they will offer storytelling sessions . It is recommended to reserve tickets online as the sessions for the planetarium are limited to groups of only 19 people.
For more info and tickets.

Per Kilo sale in Amos

Amos, the solidarity shop will hold its annual per kilo sale in April 5-7 in their Marignac shop. The price of a clothing article will be defined by its weight: 5€ per kilo. See more details.

Learn how to make different types of bread: pain de campagne, bread with nuts, cereals, figs and more. In this workshop, hosted by Kweezine on April 7, you will learn how to knead, weigh, shape and bake bread. you will discover all the tricks that will enable you to recreate the recipes at home.

For more details and tickets.

On April 7 There will be a Vicious Soul party at Quartier Libre. The party will be dedicated to 50s and the 60s music. The lovers of the period can enjoy some Rhythm and Blues, Rock’n’Roll, Soul music and punk from the 60s.

Hope you’ll have a productive weekend full of wine, art and shopping! Have fun and share your impressions from the events in the comments below. Thanks!